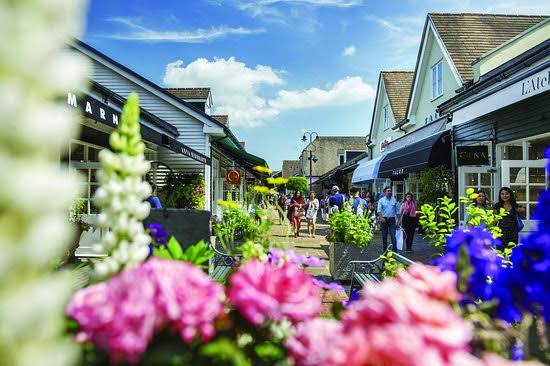 Yesterday I went to Bicester Outlet Shopping Village (near Oxford) in the hope of finding a sneaky lil designer bargain. For anyone who’s never been to Bicester or hasn’t heard of it, to quote their website: “Chic Outlet Shopping […] has become synonymous with luxury brands, charming open-air ‘village’ settings, a welcoming five-star service and, not least, exceptional value for money. World-leading brands offer their genuine previous seasons’ collections with up to 60% reductions, and sometimes more, off the recommended retail price, in their own luxuriously appointed boutiques, all year round.”So there you have it. I must say, it really is a super pleasant shopping environment. The shops are so nicely laid out, and interspersed with Pret-A-Manger, Carluccios’s, and Starbucks among other food outlets (including an awesome little crepe van and an ice cream parlour – which, unsurprisingly, was rather quiet seeing as it’s early January! Brrr!) 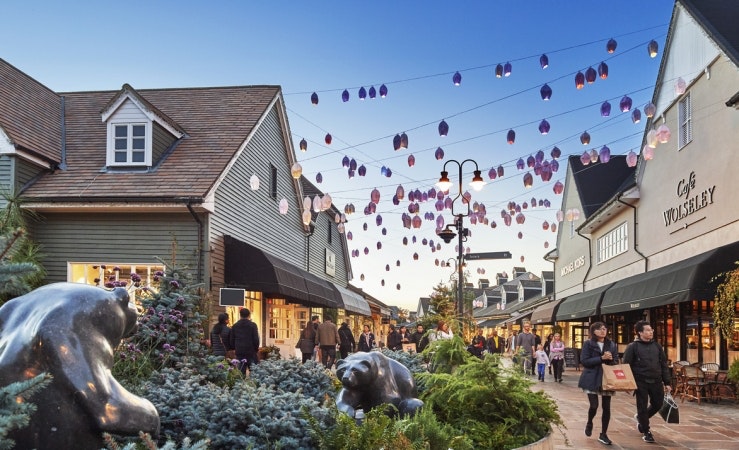 There’s a mix of high-end designer stores (from Prada to Ralph Lauren via Alexander McQueen) and also some more common on the high street (such as Monsoon and Superdry). But it’s not just clothes! There’re also many-a-reduced handbag on offer (Mulberry jsut kills me!), jewellery (Links of London), interiors (The White Company), gifts (Cath Kidston) and stationary (Smythson). Plenty of choice to say the least. “60% off!?!” you’re thinking. Well yes… potentially. But I can’t help but come away from Bicester feeling slightly disappointed each time (yesterday was only my third visit to be fair). There are some good reductions, but most things are still very expensive – too expensive for moi and the majority of students anyway. For example, I was hoping to find an iconic Alexander McQueen skull print silk scarf that I could afford.

There were some gorgeous ones in the store, and sure, they were reduced, but the cheapestw as still £100. *Sigh…* As I was walking round looking at people with loads of big designer shopping bags up their arms, I couldn’t help but wonder what they were actually buying (and how much they were spending.) So what did I get? Well, dear reader, I treated myself to this gorgeous Vivienne Westwood wallet, reduced from £135 to £54. not bad eh? And it’s absolutely beautiful! I kid you not. The picture does not do it justice (it’s actually pinker than it looks) and is made of lovely leather inside. Maybe my trip wasn’t as successful as I’d liked for a reason. it probably wasn’t the smartest idea to go the day after the bank holiday weekend as all teh best stuff had been snapped up already. It also probably wasn’t wise to go on a shopping trip the day of the VAT increase. Whoops!  But if you’ve got the money to spend, Bicester is great! And you can still get some lovely things without breaking the bank, honestly. It’s a great day out, and definitely worth the trip if you ask me!