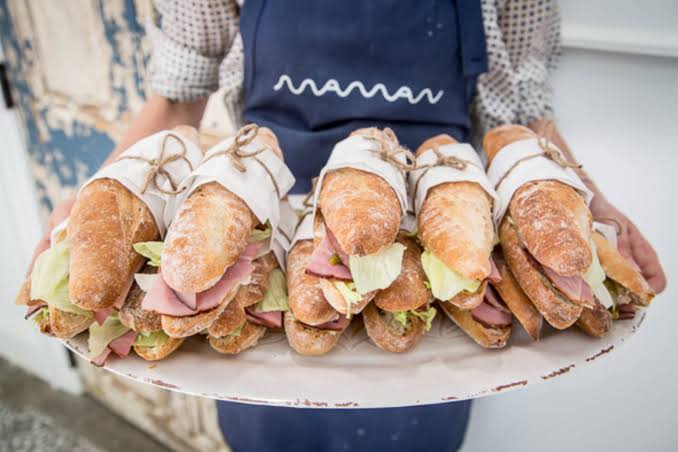 Have I ever mentioned my mum is a French teacher? Well, she is. Mama studied French and Spanish at uni a fair few years ago, which is incidentally the same degree my older brother did and the same course my younger sister is just about to start. I’m sure you all know by now that I study French and German (yeah I’m pretty edgy like that, bucking the Spanish trend), so you could say we’re a bit of a Francophile family. And oh, poor dad. The thing is, compared to most Brits, his French would probably be considered really rather good, but we just roll our eyes at his pronunciation and mock his efforts. It’s mean really. Sorry dad. So a couple of months ago mum decided she really wanted to go to France and I quote, “I’m a French teacher! I need to go to France!” And so, after a 13 hour car journey (don’t ask), here we are. Um, where are we? Well that’s a good question. We’re in Brittany (the sticky out bit to the north west of France), that much is certain, but after that we’re less easy to find: in a gite, rented for just a few days, on the edge of a beautifully and quintessentially French village.

Although we got stuck in stationary traffic for over an hour in England, resulting in us missing our crossing in the Eurotunnel, driving all the way here not only meant we could bring as much as we could fit in the car (and obviously bring loads off French goodies back), but we also got to enjoy the view of the beautiful French countryside as we drove to Brittany on a sunny summer’s evening. We stopped at a service station for a picnic dinner, which was actually a lot nicer than it sounds. Firstly, there was a Paul (you know, the fancy boulangerie chain – I think there’s one in London?), and secondly, service stations in France aren’t like British ones. They’re more like rest areas, with grassy lawns and picnic tables. Mama and I simply adore everything French and, quite frankly, I love everything that lives up to the stereotype. I may or may not have brought five different Breton-striped pieces of clothing for a five day trip. (I totally have.) But Breton stripes are just so classic, aren’t they? I’m convinced you can’t go far wrong with a striped top (ignore those who say horizontal stripes are unflattering). Sure, I may be stretching the definition of Breton stripes occasionally (see my Joules top below), but I wear them far too much as it is in England. Actually, can you wear stripes too much?

And hey, if they’re good enough for the queen of chic, Coco Chanel. So, embracing the french way of life, yesterday morning mama and I got up early and walked to the boulangerie in the village to pick up some goodies for breakfast. French boulangeries aren’t like British bakeries either. Very few people actually go to independent bakeries in Britain nowadays – perhaps for the occasional fancy schmancy loaf – we tend to get everything from the supermarket in one fell swoop. Not so in France. The French love their boulangeries, and although the supermarkets do sell baked goods, people still go to their local boulangeries most mornings to pick up some fresh bread for the day. And judging by how many boulangeries there are everywhere, it doesn’t look like they’re in any danger of dying out.

Plain croissants, almond croissants, chocolate and custard pepitos, pains au chocolat, chaussons aux pommes, pains aux raisins… We were certainly spoilt for choice on the pastry front. Needless to say we bought far too many. And a baguette, naturellement. I plan on having a different viennoiserie every morning. French boulangeries don’t just sell bread and pastries either, but also some of the most incredible gateaux you will ever see. Actually, that’s more the patisserie side, as most boulangeries are also patisseries. It’s like heaven in a shop. You can smell the goodness from a good few metres away. Well, I can,, but maybe I just have some sort of in-built bakery detector. We also picked up some mirabelle jam – if you’ve never tried it, I urge you to. A mirabelle – aside from being a beautiful word – is a little, golden, slightly perfumed plum, traditionally grown in the Lorraine region. They’re delicieuses! (I should probably apologise in advance: there are going to be a fair few Frenchisms popping up in my next few posts.) Did you know Brittany is also famous for its produits laitiers? Yup, cheese, yoghurt, butter, milk, fromage frais… All the dairy goodness is meant to be top notch. So, I of course chose some super scrummy fromage frais to have at brekkie. Fat free Danone Activia, be gone! Crêpes and galettes are also Breton specialities, but I’ll get to those later. Oh and cider. Or should I say cidre? Yup, keep your eyes peeled for our Breton adventures, coming soon to a screen near you.