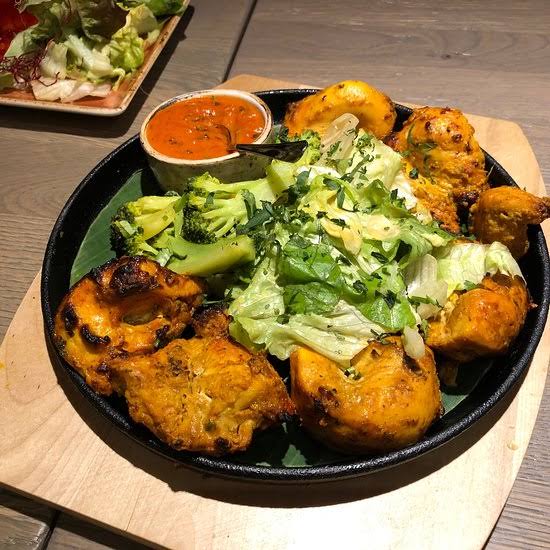 Let’s pick up where we left off on our brief trip back to Bavaria, shall we? I’d just hopped on the train in Bayreuth and was on my way to… Erlangen! Don’t worry if you’ve never heard of it. Erlangen is a small city very near Nuremberg, most well-known for being home to a) lots of medics and hospitals, b) Siemens, and c) the annual Bergkirchweih (I’ll get on to that later, don’t you worry.) However, I think Erlangen tends to get overlooked by tourists, who favour the more famous likes of Rothenburg ob der Tauber, Bamberg, Coburg and Würzburg – hey, I totally did that during my six months in Bavaria! It seems a bit ridiculous that I was so nearby for six months and never made it to Erlangen, yet now I live in a different country I managed to make the trip. But just because Erlangen ain’t a tourist hot-spot doesn’t mean it’s not worth a visit. I mean, HELLO! It’s BAVARIA! Ergo, pretty. And that’s exactly what I discovered last Sunday. The main reason I’d ventured to Erlangen was to visit the delightful Charlotte – long-time blog-readers will remember her from our many shared adventures over my year abroad in Germany. While I spent six months working as a language assistant in Bavaria, Charlotte has done nine months, and as a result has just finished and was, naturally, feeling totes emosh about leaving. 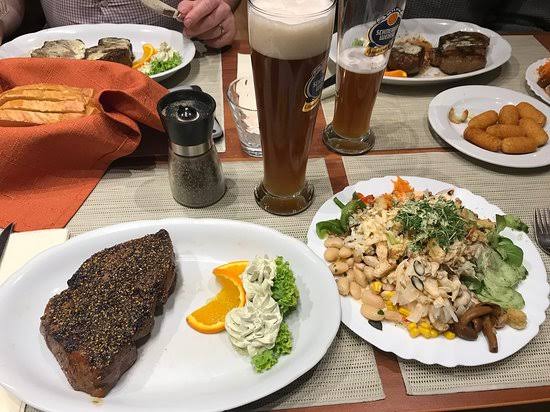 We had a beaut of a day though! Not only was it lovely for me (and Charlotte’s visiting friend, Becky) to get a private tour of the town, but I think it was nice for Charlotte to be a tourist on her doorstep one final time. Oh, and it helped that the weather was playing nicely. (Doesn’t it always?)  After having a good ole catch-up over tea and the German attempt at HobNobs (amusingly called “Hobbits”), we three gals set off on a stroll into town. Down the main street we went – the whole city is centred round one road, but the classic Bavarian architecture makes it so much more charming that your usual British high street. After grabbing sandwiches, we found a sunny spot in the pretty Schlossgarten – I still love how every German town has its own Schloss (castle/palace) – and sat down on the grass to munch our lunch amongst the roses and fountain. I think I’m incapable of passing pink roses without taking pictures. See my instagram for proof. After a leisurely spot of sun-soaking – oh, how great it is to feel the warmth of the sun on your face! – we ventured on. Charlotte showed us some of the pretty uni buildings as well as her school, and then we headed into the Aromagarten for a wander amongst the flowers. You sure do get all sorts of pretty aromas, fragrances and perfumes wafting up your nostrils! It’s a veritable feast for the nose. Not to mention preeeeetty…

We then walked down by the river, and although still in Erlangen it felt almost like we were bang in the middle of the countryside. Soon we found ourselves looking up to Erlangen’s Berg AKA big hill. This is the location for Erlangen’s famous Bergkirchweih: a big traditional festival which takes place at the beginning of June for a couple of weeks each year. It’s a bit like Oktoberfest apparently, but even more German as it’s not so known amongst tourists. Tragically for me, this year it starts on 5th June so my visit to Erlangen was just a few days too early. I. Was. Gutted. Oh, to get the Dirndl out again, have a go on the rides, eat goodies from the stalls and lark around in the beer gardens! However, we strolled up to Berg where everything was set up and ready to go – it looks like it’s going to be an awful lot of fun. Luckily for us, some of the eateries were open for business and serving the many happy Erlangeners (I think I made that term up) that fine Sunday afternoon. As total Germanophiles, we got a little too excited at the prospect of having a drink in a traditional German Stein. We may or may not have been drinking Saftschorle (juice mixed with sparkling water – ze Germans LOVE it) rather than beer but that’s by the by.

After soaking up the relaxed Sunday afternoon atmosphere and the fresh air, we wandered back to Charlotte’s for – you guessed it – more tea and to freshen up before dinner. Oh, we were excited about dinner. Gasthaus Drei Linden was the demanded chosen restaurant, about which I’d heard much and seen many pictures. Yup, this place is known for its EPIC Schnitzel. And y’all know how much I love Schnitzel! Slightly awkwardly, Becky and Aimee (one of my other language assistant friends who was joining us) are both veggies, yet they’re also total babes so were happy to let Charlotte and I indulge in our wildest Schnitzel fantasies (don’t pretend you don’t have them too.) It’s pretty normal to find Schnitzel on a traditional German menu, but never before have I seen so many different variants. I mean, just look at all these! Drei Linden of course offer your standard Schnitzel, BUT THEN they take it to a whole new level by adding toppings to the meaty, Schnitzely base. Kinda like a pizza, but with Schnitzel for dough. The mind boggles. The restaurant isn’t in the centre of Erlangen, but rather in Alt-Erlangen, in a quiet area of mainly people’s houses. It’s a bit of a hidden gem, I’d say. Drei Linden is huge though, with lots of outside seating. Needless to say it was packed with locals sharing feasts on a balmy Sunday evening. And we were more than happy to join them.

Becky was new to all things German, I was keen to get my fix of German-ness while back for the weekend, and Charlotte and Aimee wanted one final dose of yummy German cuisine before leaving for good. Ergo, we went all out. Classic German Kartoffelsalat (potato salad but very different to the British version) Aimee with her Käsespätzle – like mac ‘n’ cheese but with onions and just WAY better Me and Charlotte with our EPIC Schnitzels – excitement meets fear This is a portion for ONE person! As you can see, we really went for it. Call me boring if you will, but I decided to go for the classic plain Schnitzel because it’s just TOO GOOD to beat, in my opinion. For a mere 9 Euros you get TWO massive Schnitzels and a side… And that’s one portion. I kid you not. Charlotte pushed the boat out with one (well, two) covered in cheese and onions and bacon bits. Pretty epic, I’m sure you’ll agree. Not content with our protein fixes, we shared extra portions of potato salad, green salad and crinkly fries (not particularly German but who’s going to argue with crinkly fries? Not me.) To be honest, getting through just one of the Schnitzels is not for the faint-hearted (or the measly of appetites), so I felt no shame in taking home my second one. It was all in all a super lovely evening – we reminisced about our antics over the year, what we’ll miss most and how we’ve changed.

Aaaaand stuffed our faces (to put it politely.) It’s safe to say we all went to bed pretty contented that night. And it was just as well because I had an early start the next day to get my bus home. With Schnitzel in my bag, I said goodbye to the girls and hopped on a coach, ready to travel through Germany on my way back to Brussels. The concept of a six hour coach journey will fill few people with joy, but when you’ve got plenty to watch, read and admire out the window, it’s really not too bad. It was a beautiful day, and I rather enjoyed  travelling through the countryside, Würzburg and Frankfurt on my way to Cologne. I got some strange looks upon whipping out my foil-wrapped leftover Schnitzel for lunch though, but I didn’t care. It was still good. (I didn’t think it possible but for about a day afterwards I genuinely felt Schnitzeled-out – I’d eaten it EVERY DAY for the past four days in Germany! Now I’m over it and could totally go for another one again though…) I finally arrived in Cologne, where I had about an hour to kill before hopping on a train back to Brussels. An hour in Cologne on a sunny afternoon, you say? QUICK! Let’s explore as much as possible! The Cathedral and trendy Opera House

Big fan of these colourful houses. I walked through the old town and around this very international area. Then back up to the cathedral After what had seemed like a very long but not unpleasant day’s travelling, I got home that evening a little exhausted but happy. The trip back to Bavaria had been SO worth the money and time I’d spent getting there and back. Seeing my friends was the BEST and I’m so grateful to have such lovely mates round the world who let me stay with them (and keep me topped up with tea!) Bavaria, I hope to see you again soon!