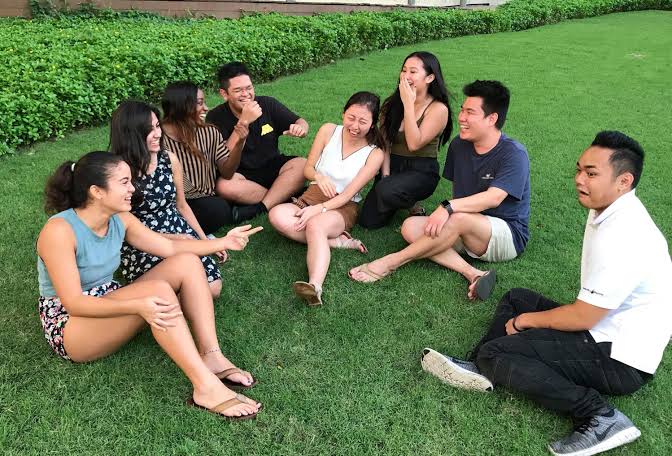 It’s a funny thing, being on a year abroad. Funny, but absolutely blimmin’ awesome. Like, so much fun. I realise this is a pretty bold sentiment to feel for someone who has only been on her year abroad for just less than four weeks, and I probably am still in the settling-in period, but it feels like I’ve been her for aaaages. In a good way, that is. If you’re a joint honours student like moi (gotta keep my French up while here in Germany, haven’t I?), the chances are you’re spending half the year in one country and the second half in another. People say doing that isn’t easy, because just when you’ve become properly settled in one place, you have to up sticks, move somewhere new and do the whole settling-in process all over again. What a palava, eh? GAWD, degree, why you gotta be so hard? Do you think we signed up to this uni business to be challenged!?

I’m about to run out of tea. It’s tragic. Anyone who sends me some will be loved forever.

The result of all this is that the year abroad doesn’t actually feel like real life. I probably shouldn’t say this, but it feels more like an extended holiday. A jolly abroad, if you will. To quote one of my fellow year abroader friends: ‘Euros are the money you spend on holiday, so it doesn’t feel like real money.’ Hear hear. And when you know you’re only going to be in a place for a matter of months, you – well, I – want to make the most of every opportunity, go everywhere and eat EVERYTHING (but that’s another blog post…) So yes, it’s an expensive business, being on a year abroad. Well, of course you could be a total spendthrift and not spend any money, but I just know I’d regret it if I wasn’t travelling round Germany most weekends, meeting up with new friends in cafés and going to watch German films in the cinema. As I’ve been saying pretty much since I moved here: YOIBO.*

So although it doesn’t feel like real life, despite having an actual job and actual work to do, it’s a really fun life.

I’ve realised you can almost be someone else. Rachel from England? PAH! She’s far too sensible for Bavaria. OK, I’m totally exaggerating, but I think most people do adopt a slightly more care-free attitude whilst on their years abroad. It seems to me that you need to be extremely forward if you want to make friends, and that is precisely what I’ve been trying to do. You know how when you meet a foreign student at uni back at home they’re always really keen to meet up again but trying to be casual about it? Yeah, I now know what that feels like. When you come to a new place in a foreign country all by yourself, making friends is hard. So invite that shy-looking Mexican over for tea one afternoon. They’ll absolutely love you for it, and you may just make a great new friend. I’ve been really touched by the number of people who’ve offered to meet up with me for a drink or an ice cream over the past few weeks, and it really makes a difference. When trying to make new friends, I think it’s really important to get involved with as much as possible. And don’t be snooty about joining clubs which you might usually think are lame/weird/beneath you. Friends are friends, and you need them. I am now a member of a German gospel choir, so that’s jolly fun indeed.

Um, so this is awesome.

Speaking of friends though, Facebook has somehow become 100 times more interesting since I moved to Germany. It’s basically the main link to not only the world back home, but also your friends across the world also on their years abroad. I’d somewhat gone off facey B a bit before I moved to sausage-land, but now I can’t get enough. Oh look, my friends in Bristol are going out dressed as fairies (you know who you are.) Nope, not jealous at all. Unsurprisingly, sometimes it does pull on your heartstrings to see all the uni antics backs home and to get invited to parties that you obviously can’t go to, because, well, you’re in a different country, but you just have to remember that we’re doing a once-in-a-lifetime thing here, and home will still be home when we get back.  It’s also been killing me every time an exciting invitation to a press event pings into my blog email inbox.

It’s the FOMO****. I suffer from it baaaaadly.’Friends are like stars – you can’t always see them, but they’re always there.’ I’m also massively addicted to all my friends’ year abroad blogs. Seriously. I cannot tell you how much time I spend reading them, but I just love that everyone has jumped on the bandwagon. It’s so interesting and entertaining to find out what everyone’s up to and what they’re discovering. I just cannot believe people used to live without social media… HOW DID THEY SURVIVE!? Keeping in touch old-school style is also a lot of fun though. I have been sending so many postcards that I wouldn’t be surprised if the local postie recognised my handwriting by now. It’s so much fun! And receiving post here is probably one of the best things ever. One of my totally babelicious girlfriends from uni not only wrote me an actual letter, but also sent me the Harry Styles nail varnish and British tea bags. Best post ever!?

So as much as I miss One Direction my friends and family, I know that they’re never far away, largely thanks to the wonder that is the internet. And the thing is, I genuinely haven’t felt homesick at all. Not once. I was expecting to spend a large proportion of my first couple of weeks here crying my eyes out, but I just haven’t. It’s amazing! To be fair, I do miss my dog and PUPPY incredibly. Not more than my family, obvs, but it’s safe to say every time I see a dog here I get a lump in my throat. It’s ridiculous. I keep asking mum to send me pictures of the pup as she grows, and I’m loving it yet it’s killing me  simultaneously. Watching Marley & Me was potentially not the wisest choice of film the other day.

Originally, I was planning on coming home twice before Christmas, for a couple of different things. But alas, I’ve realised travel is too expensive and there are so many places I want to visit in Germany that I just can’t afford it. Boohoo. Going home for a roast, the AGA and my family would’ve been awesome. But like I said and will continue to say: YOIBO*. Apparently both my brother and sister are going home home (from London and uni respectively) this weekend. Grrrr. It pains me that I can’t be there. I shall make them skype me.

Exploring a new country, meeting new people, learning lots about everything… It’s wonderful. I feel very lucky to have this opportunity. Go forth and embrace life!