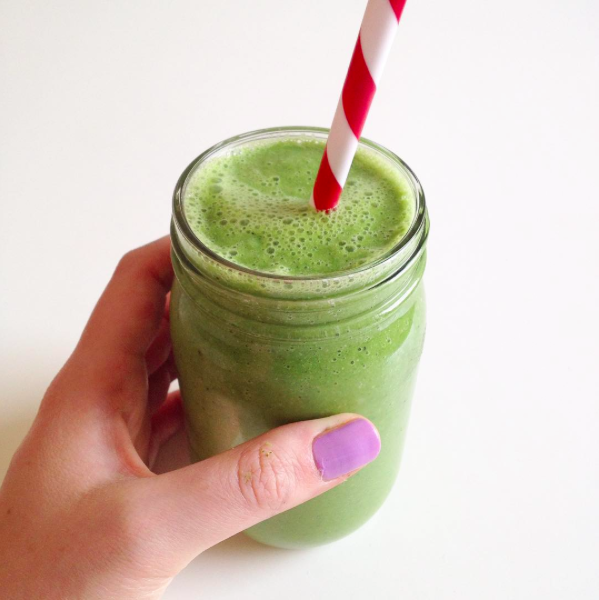 You can literally get anything delivered these days, from a massage to a box of goodies to help you through your period. And one new company on the delivery scene is Natural Blender, a ‘smoothie ingredient subscription service’ which sends out weekly boxes full of all the ingredients and recipes you need to make five delicious, healthy smoothies. I was fortunate enough to try out one of their boxes last week and I’ll be honest, after Easter and two back-to-back ski trips (poor me, I know), I was definitely in need of a health boost. The idea behind Natural Blender is making it just that little bit easier to maintain a healthy, balanced diet, which I love. It’s no secret that I love making smoothies, but I’d found myself in something of a smoothie rut, making the same couple all the time. 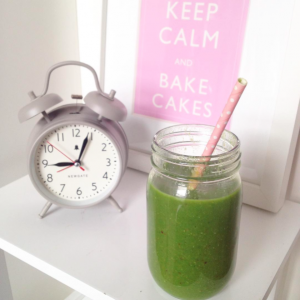 And I’m not going to lie, my usual smoothies are definitely more on the indulgent end of the scale – often more like milkshakes really – as I love to use nut butters, cacao powder and lots of sweetener. So I was excited to try out something new and shake up my smoothie routine. Aside from occasionally chucking in a handful of flavourless spinach, I’d never used veg in my own smoothies. I was apprehensive to do so, I’ll be honest, but I trusted Natural Blender not to make me drink anything that tastes like celery, blergh. If you have a look at this here page, you’ll see that Natural Blender have absolutely loads of different smoothie recipes, and they’re not even all on there.

I mean, there are some seriously drool-worthy ones. Also the names are hilarious. The trouble is, you can’t choose which ones you’re going to get. If I’d had the choice, would I have chosen different smoothies to the ones I got? Yes. But then again, I also think it’s good sometimes not to have a choice and be forced to try different things. What I also love is that the recipe cards tell you in what order you should make your smoothies to ensure all the ingredients last. And they’re all locally sourced where possible (not sure we grow passionfruit here in the UK yet but ya know, global warming and all so fingers crossed).

All Natural Blender’s recipes call for a superfood too – think lucuma powder, maca powder, spirulina and the like – and as the delivery box gives you the exact amount you’ll need in a little sachet, it’s a great way to try out these often pricey products before deciding if you’d like to splash out on a big packet. Everyone thinks juicing is like the health thing, but I’m not a fan. To make yourself one glass of juice, you’ll often need about five different pieces of fruit or veg which is super expensive and you then have to throw away all the pulp anyway which is such a waste.

Food waste makes me sad. With smoothies, however, you use the whole fruit which fills you up and delivers all that lovely fibre, yay! Each recipe makes two smoothies. But I figured that probably meant as a snack and I decided I wanted to have my smoothies for breakfast aka a whole meal, ergo, I drank the whole smoothie myself each morning. The recipe cards handily give you all the nutritional info for each smoothie which is useful. I’m no calorie-counter, but even when drinking what was supposedly two smoothies all myself, I don’t think any of them came to more than 350cals which in my books is still a pretty light breakfast. So, let me talk you through my smoothies!

This one was baby kale, courgette, pear, passion fruit, maca powder, cashews, water and ice. I was a little worried it wasn’t all going to blend but it actually whizzed up just fine. It made a solid 800ml (I was also a bit worried the portion sizes would be tiny, hate that) which was one and a half fillings of my big mason jar. I’ll be honest, after whizzing up my smoothie exactly to the recipe, I found I needed to add some sweetener so squeezed in some agave syrup. I know this makes it less healthy but I did want to enjoy my smoothie, and after said addition it was delish! It really filled me up and I felt so healthy afterwards, but that may have just been a mental thing after drinking a green smoothie. Look at me go! Drinking green stuff! So healthy! Tbh it was perf post-night-out.

In this here green beverage there was lambs lettuce, apple, banana, mint, lucuma powder, chia seeds, water and ice. Pleasingly, this one was a little sweeter than the Live With Passion… although I still added a squeeze of agave, oops. I’m also not a huge mint gal so only added one mint leaf, which was enough. This smoothie was fine, but it wasn’t my fave tbh. Not all my chia seeds blended and there was a definite smokey/savoury undertone which slightly confused me. I also found myself needing a mid-morning snack to see me through till lunchtime. Got a load of goodness in me anyway so yay!

This one was bok choy (yes, really), kiwi, grapes, ginger, lemon, pea protein powder (you what now), coconut water and ice. I’ll be honest, I wasn’t sure about the sound of this one. But do you know what? It was much better than I’d been expecting! Really tangy and refreshing. I only used a quarter of the nub of ginger as I don’t like ginger to overpower my drinks, and yes, I added agave yet again, but it was very tasty.

The greenness continued with a beverage consisting of courgette, spinach, apple, grapes, flaxseeds, cinnamon, coconut water and ice. I really liked the sound of this one and it was nice, if not mind-blowing. Felt pretty awesome after starting the day with so much goodness though – I’d had like a million of my five a day before even leaving the house. Go me!

Oh, I’d been really looking forward to this one. This is more like my usual smoothie. And although I’d been enjoying the week’s smoothies, I was so ready for one that wasn’t green! So this one was banana, date, hemp protein powder, cacao nibs, hazelnuts, almond milk, water and ice. The consistency was thinner (more milk than milkshake) and it didn’t make as much (about 600ml) as the other smoothies, but it was creamy, dreamy and delicious. I was slightly worried the nuts, cacao nibs and date wouldn’t blend but they did, but if you have a less powerful blender you may find you need to soak them first. And finally, I didn’t add any sweetener! Well, the almond milk was already sweetened with agave so I figured I really couldn’t justify it. I loved the nutty flavour of the one though. Deeeelish!

There’s no minimum length of time for which you have to subscribe to Natural Blender, so you can try out just one box before making your mind up. I like that. One box costs £24.50 including shipping (they deliver everywhere in the UK) and as each box makes ten smoothies, that’s £2.45 per smoothie, which isn’t bad. You can also order a fortnightly box which might be good for people who don’t actually want a smoothie every day. At the moment, it’s not something I’d subscribe to on a permanent basis because ya know, just started in journalism in London and am slightly lacking all the money, but I think I will genuinely order a weekly box whenever I feel I want a health kick. I’ve really enjoyed this week and it’s been great to get some new smoothie ideas. Couldn’t recommend Natural Blender more! Thanks for the trial, smoothie-loving friends!