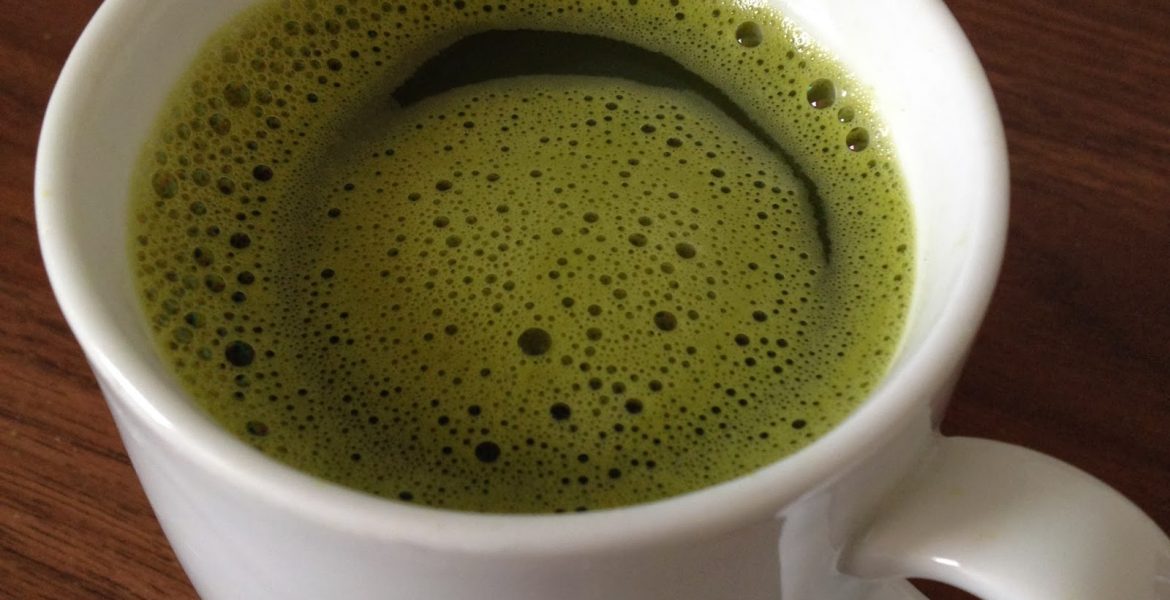 Matcha green tea is the trendiest health-booster du jour, with everyone from the enviably svelte Millie Mackintosh to the super strong triathlete Alison Steele declaring themselves fans of the green stuff. When the lovely people at teapigs asked me if I’d be interested in taking part in their matcha challenge and offered to send me a matcha kit of my own, I obviously said YES PLEASE AND THANKS (especially given the festive over-indulgence which had just occurred.) What is the matcha challenge, exactly? I hear you wondering, oh, curious one. Well, basically you drink matcha tea daily for two weeks and see how you feel. Simples! 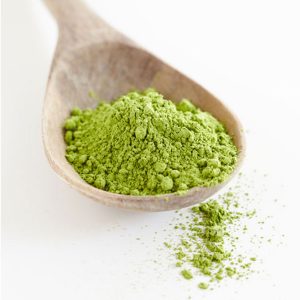 Um, but what IS matcha tea? Ahh yes, good question. To quote teapigs:

“Matcha is 100% natural, organic green tea leaves which have been carefully ground down to form a fine powder. It has been drunk in Japan as part of the tea ceremony for almost 900 years, and is used by Buddhist monks to keep them alert, awake and focused during long days of meditation. Until recently, virtually all matcha has been consumed within Japan, where it’s particularly popular among students who are cramming for exams. [HIYA!] But it’s now gaining popularity in the UK, too, and it can be found in cafes, health food shops and smoothie bars.”

Would you believe I actually saw an ad for a matcha latte here in D-land at the weekend!? And if the Germans are on it, it’s got to be good, right? I mean, just look at their economy! Now I know, I know… Lots of people drink green tea. But matcha is different. With green tea, you brew your cuppa then throw away all the goodness in the teabag. With matcha, however, you drink the tea as a fine powder diffused in liquid, thus consuming the whole leaf and getting all the super green goodness.

So, what’s so good about it? Here are the claims:

Increased energy: I could quote all the scientific stuff from the website, but to be honest I don’t really understand it. So I won’t. Long story short, matcha should raise your energy levels, increase your alertness and improve your concentration for up to six hours. Not too shabby, eh? Weight loss: Drinking matcha increases something called your thermogenesis, which apparently then increases your daily energy expenditure – AKA burning more calories without even doing anything. (Don’t mind if I do!) It was also voted ‘best slimming and fitness product’ in 2011 by ‘Your Healthy Living’ readers.

Healthier skin: This is all getting a bit scientific for me, but matcha naturally contains these things called polyphenols which apparently work as an effective agent for the prevention of sun induced skin disorders. ALL the antioxidants: Matcha contains 137 times the antioxidants of regular green tea… And I’m thinking that’s an awful lot of antioxidants! I don’t know much about what they’re supposed to do but I know they’re good. Antioxidants in matcha compared to other superfoods. So, having read the reviews and claims, I had high hopes for matcha and was excited to start my challenge! However, I have always instinctively turned my nose up at the prospect of green drinks – I’m all for being healthy but don’t think I’ll ever be one of those people drinking kale, spinach and celery juices. Blergh!

I noted down my thoughts throughout the challenge, and here’s how I got on… My first day of the matcha challenge was also a fast day for me (on the 5:2 diet). There are various ways of drinking matcha, but I decided to make simple matcha tea after my usual morning cuppa – simply half a teaspoon of matcha powder whisked into boiling water (an electric milk frother is best), then topped up with boiling water. As I opened the can for the first time, a green powder floated into the air. I’ll be honest, it smelt a bit like pondwater… Considering I don’t even really like green tea, I wasn’t overly looking forward to it.

How does it taste? Here’s what I wrote down after my first matcha experience: ‘Well, alright. It’s not what I’d call tasty but it’s drinkable. Not unpleasant as such, but I wouldn’t exactly order it for the taste.’  After my first cup of matcha I was hoping it might start tasting better the more I drank it. Maybe mixing it with other flavours or knocking it back in a shot is the answer, I thought, and I decided I’d have to explore my options as the challenge went on. Hopefully the health benefits will outweigh the lack of deliciousness, I said to myself. I certainly felt energised over the day, and I do think it helped me through my fast day, keeping hunger pangs at bay.

On day two I made a matcha shot with apple juice which is a good way of getting it down you quickly. Make sure you don’t fill your shot glass (mine was part of the matcha set I was so kindly sent) much more than halfway as otherwise it’ll go everywhere when you whisk and you’ll have a matcha-ified kitchen! The next day I tried whisking my matcha into a large glass of squash. My thinking was that then I wouldn’t taste the matcha, but I needed to make the squash reeaaally strong, and it still didn’t taste great! I was starting to think the shot is the way to go in that you get it over with quickly!

I’m not sure how teapigs made these shots look so good… On the fourth day of my matcha challenge I made a shot with orange juice. This was slightly more bearable. Unfortunately the taste definitely wasn’t getting better like I’d hoped! It is NOT nice, I’d written in my notes. However, I felt like I had more energy and put more oomph into my dance fitness DVD! A matcha shot was also the order of the day on day five – by this point I’d decided matcha actually does taste revolting (sorry – it’s just my opinion), BUT my skin was definitely looking clearer and brighter already which I was LOVING!

The next day I tried a matcha latte with honey and sweetener. This was probably the most bearable way of drinking matcha but still wasn’t that pleasing to my tastebuds and also means you’re consuming a lot of extra calories through the milk. For the rest of the challenge, I drank my matcha in a shot – morning shots, WAHEY! – usually with juice. I hold my nose as I down it, and always have another drink on hand to take the taste away afterwards. The thing is, I know other people do like it, so please don’t let my lack of matcha flavour enjoyment put you off. Teapigs suggest mixing it into porridge, yoghurt or smoothies, but as the flavour is so strong, I couldn’t bring myself to do this in case it ruined the taste of whatever I was eating. They also have recipes for matcha ice cream, martinis, cookies and more online, should you fancy being adventurous…

Teapigs make it look so yummy!

Despite not liking the flavour, I think the health benefits of matcha are worth it – my skin’s clearer, I do seem to have more energy and I feel less hungry (I think), but I don’t think it’s helped me lose any weight. I suppose the proof is in the fact that I’m going to carry on taking my daily matcha shot even though the challenge is up! Intrigued? Well, teapigs have got a pretty good offer on at the mo should you fancy trying it yourself: Head on over to the teapigs website to buy your matcha, try it every day for 2 weeks and see how you feel. You’ll receive an email from them after two weeks with the link to the matcha challenge survey – tell them how matcha has made you feel and they’ll give you a discount for 20% off your next matcha order. Not only that, you’ll also be entered into a draw to win a year’s supply of matcha and some lovely goodies from skin care experts, Ren! All the deets are here. Thanks so much to teapigs for sending me my own matcha kit to try – I’m definitely going to carry on with it!